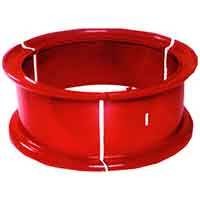 The time is like water, the sun and the moon are like shuttles, and the time of five years is gone. In the past five years, the Peopleâ€™s Government of Dadong District of Shenyang City has made every effort to improve the ecological environment in the region, improve the living security of residents, and accelerate the development of modern service industries.

In the past five years, the Dadong District automobile industry took the lead in entering the 100 billion industrial cluster in the province. Many famous domestic commercial projects have been stationed in Dadong one after another. The business area of â€‹â€‹the business district has increased from 500,000 square meters to 2 million square meters today. Since 2011, the government has successively expanded and reconstructed more than 200 city streets and roads, and the total reconstruction area has exceeded 3 million square meters, accounting for more than half of the total area of â€‹â€‹roads in the region.
At the time of the first meeting of the 17th National Peopleâ€™s Congress of Dadong District, the newspaper invited relevant economic and social scientists to develop the Outline of Development of the Pulse East Region.

The original report: The Dadong District automobile industry vehicle has been expanded from 8 models in 2007 to the current 19, and production has increased from 265,000 vehicles five years ago to the current 663,000 vehicles. It is expected that in 2012, the four major automakers in the region will realize an output value of 82.6 billion yuan, an increase of 8.2%, which is 2.1 times that of 2007; the tax revenue of the districtâ€™s banks will reach 3.06 billion yuan, an increase of 34.2%. The Dadong automobile industry will take the lead in entering the province. One hundred billion industrial clusters. In the next five years, the total vehicle production capacity will reach 1.8 million, the output value of complete vehicles and parts will exceed 200 billion yuan, the automobile industry will rank among the top five in the country, and Shenyang Motor City will be fully built.

The automobile industry is an important symbol of modern industry. It is an important industry with obvious effects of industrial linkage, obvious scale benefits, and capital and technology-intensive industries. High-tech adsorptivity is strong and can effectively promote and enhance the overall development of an industry in a region. Guangzhou has successfully introduced Honda, Toyota and other automobile companies. It has become the country's largest automobile production base for several years, and has driven and radiated the rapid development of the auto parts industry in the Pearl River Delta region, fully demonstrating the profound impact of the automotive industry on economic development.

In the future, the development of the automobile industry will have to co-ordinate the industrial layout, optimize the product structure, and improve the supporting system so as to form an agglomeration effect. Strengthen the vehicle manufacturing industry, expand the component manufacturing industry focusing on the local supporting market and the region's relative concentration, improve the technical innovation capability of auto vehicles and parts, and gradually form automobile R&D and manufacturing, automobile display and trade, and logistics. In parallel with the development of financial services, Shenyang will be built into one of the country's major automotive industries and comprehensive supporting bases.

The original report: The East Zhongshan Street Business District is the driving force and has promoted the thriving growth of shopping, entertainment, restaurants, and business offices in the region. The two-kilometre pedestrian street was built more than halfway, and the countryâ€™s largest public transportation hub station was put into use. The business area of â€‹â€‹the commercial area increased from 500,000 square meters in 2007 to 2 million square meters in 2012. Dongzhong Street Business District has entered the leading service industry in Shenyang and has become one of the first â€œprovincial-level modern service industry clustersâ€ and has been awarded the â€œChina Famous Commercial Streetâ€ title. The â€œ10-minute commercial circleâ€ was gradually formed, which further facilitated the daily life of the people.

In 2013, it promoted the development of the modern service industry and the upgrading of traditional service industries to further improve the level of the three industries. Accelerate the prosperity of Dongzhong Street business district. Accelerate the construction of theme parks, international conference and exhibition centers, and long-distance passenger terminals in the G-Asia Pacific City of Dragon Dreams; integrate project resources such as Dragon Dream Asia Pacific City and Tianrun Square, increase efforts for secondary investment promotion, and continuously enhance radiation in the business district. effect. We will promote the construction of Nanhua Commercial Plaza and start the collection of the North Block as soon as possible.

The Dadong District has made great plans for the development of modern service industry, and has made generous use of large projects. It has inherited a rich historical and cultural heritage in the construction of Dongzhong Street, and has also increased its modern business with the times. .

The construction of Dongzhong Street must first continue to introduce good projects, be clearly positioned, avoid homogenous competition with other regions, and meet the actual needs of people at all levels in the selection of projects. Second, we must improve the supporting environment, focus on solving parking problems, draw on advanced experience at home and abroad, adopt effective measures such as the construction of a three-dimensional parking lot, ensure the smooth flow of traffic and ensure the gathering capacity of logistics and people flow, create a high level of service environment, and improve the provinceâ€™s Even the radiation and attraction capabilities of the Northeast region.